Paul Calkins became the fourth head coach in the history of the Southern New Hampshire University men's lacrosse program in 1989.  Calkins, who wrapped up his 28th year in 2016, was elevated to full-time status in the summer of 2009.  Calkins is the longest-tenured active head coach at one school at the Division II level.

Postseason play has become the norm in recent seasons for the Penmen.  SNHU has appeared in three of the last four Northeast-10 Championships and has made seven tourney appearances since 2004.

In 2016, Calkins was named the Northeast-10 Conference and New England Intercollegiate Lacrosse Association (NEILA) Coach of the Year after guiding Southern New Hampshire to its finest season in school history. He led the Penmen to program records for wins in a season (10), consecutive wins (8) and Northeast-10 Conference victories (7). Southern New Hampshire also captured its first-ever postseason win when it posted a 15-13 triumph over Pace University in the Northeast-10 Championship quarterfinals on May 3. The Penmen wrapped up their 2016 season with an overall mark of 10-6 that featured a 7-4 record in the Northeast-10 Conference. SNHU advanced to NE-10 Championship semifinals for the first time in program history and saw an eight-win improvement from the 2015 campaign. In 2014, Calkins was named the NEILA Coach of the Year after guiding the Penmen to a 7-7 regular-season mark and the No. 5 seed in the NE-10 Championship.

A former two-sport athlete at SNHU, he led the Penmen to a 7-4 record in his rookie season and followed up with an 8-3 campaign in 1990. The eight wins tied the school record for most victories in a season.

In 1995 Calkins guided SNHU to a 6-6 record and an appearance in the semifinals of the ECAC Division II tournament--the program's first-ever taste of postseason play.

Calkins lettered in lacrosse and hockey while a student at SNHU and totaled eight goals and 16 assists for the 1984 lacrosse team that finished 5-5.

A native of Baldwinsville, N.Y., he attended Baker High School where he lettered in hockey and lacrosse. He currently resides in Hooksett, N.H. with his wife Lori.

Ben Lanman is entering his eighth season as an assistant coach with the Southern New Hampshire University men's lacrosse program.

Lanman is a 2007 graduate of SNHU where he was a three-year member and of the men's lacrosse program.  He was named a team captain as a junior and continued in that role during his senior season, in which he was also named the team's Most Valuable Player.  Prior to transferring to SNHU, Lanman played one year of lacrosse for Le Moyne College and was a member of the 2004 team that won the Division II National Championship.

From 2008 to 2010, Lanman was a boys lacrosse coach at Wakefield (Mass.) High School.  He led the team to an MIAA State Tournament appearance in 2010.

A native of Concord, N.H., Lanman is a 2003 graduate of Concord High School and was a team captain and All-State First Team selection at midfield.  During his senior season, the Crimson Tide won the 2003 State Championship.

Lanman currently resides in Concord with his wife Julie and their son Flynn.

Matt Johnson joined the Southern New Hampshire University men's lacrosse coaching staff in the spring of 2016. Johnson is a 2008 graduate of Keene State and while at KSC, he helped lead the lacrosse program to the top of Division III. During his career at Keene, Johnson was named as the 2005 Little East Conference (LEC) Rookie of the Year, a four-time First Team All-Conference selection (2005-2008) and was a three-time LEC Defensive Player of the Year (2006-2008).

In addition, Johnson was honored as the ECAC Goalie of the Year, the NEILSA First Team, a USILA Division III Honorable Mention All-American and the 2007-2008 Keene State College Male Athlete of the Year. Johnson led all of NCAA Division III in save percentage at 71.3 percent, en route to an NCAA Tournament appearance for the Owls. He also took part in the USILA Senior North/South All-Star game, as well as the NEILA Senior East/West All-Star game.

While playing high school lacrosse at Pinkerton Academy, Johnson won two NHIAA State Championships, was named as a First Team All-State selection three times and was a U.S. Lacrosse All-American in 2004. During his senior season, he was honored by being selected to the Warrior National HS North/South Game. 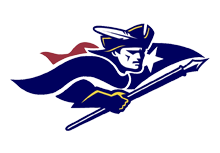 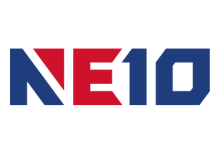 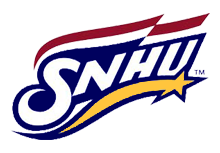 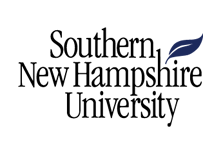 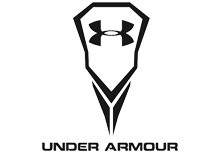